Veterans Day: A Way To Honor Those Who Served

Honor America’s heroes by giving them the opportunity to work

CHARLOTTE, NC (November 11, 2019) - In recognition of Veteran’s Day, Vice Presidents and Veterans John Corsi and John King advocate for more veterans in manufacturing through an op-ed appearing the Charlotte Observer, The News & Observer and the Savannah Morning News. The op-ed in its entirety is featured below.

On Monday, Nov. 11, America will observe its 100th Veterans Day, established by President Woodrow Wilson in 1919 and originally called Armistice Day to commemorate the one-year anniversary of the end of World War I.

Our idea of a great way to celebrate? In addition to thanking them for their service, let’s honor America’s heroes by giving them the opportunity to work. At last count, the U.S. Bureau of Labor Statistics estimated that there were about 316,000 former members of the military nationwide who were unable to find jobs.

Americans as a group have found the job search easier in recent years as a result of our nation’s strong economy. But post-9/11 veterans have had a harder time, with joblessness exceeding the national average and climbing in September even as the national rate fell to historic lows.

That might seem surprising given the important role veterans can play in filling employers’ needs, especially in a tight labor market when experience working in teams, leadership skills and strong work ethic become harder to find. One possible answer may be that employers may not readily appreciate how skills acquired in the military translate to the business world.

As veterans, we are proud that our employer, Charlotte-based National Gypsum, is actively engaged in linking veterans to job opportunities that can lead to successful careers. Across our entire workforce, veterans comprise about 5 percent of our nearly 2,400 associates, and we’re working to increase the numbers.

On Nov. 14, National Gypsum will host a group of veterans for a tour of its Mount Holly wallboard plant. It’s the second tour Plant Manager and U.S. Army and Navy Veteran Ricky Smith will lead at Mount Holly as part of Heroes MAKE America, a National Association of Manufacturers program, to help military veterans find career opportunities in manufacturing.

Manufacturing traditionally has been a great career fit for veterans. The leadership skills acquired in the military are readily transferable to the team-oriented manufacturing environment. Many manufacturers also recognize and appreciate the benefits that come with diversity, veterans have experience being a part of one of the most diverse organizations in the world, as teams with very different backgrounds learn to come together to complete a job, just as in manufacturing. In fact, more veterans are employed in manufacturing than any other sector of the economy, according to a new Pew Research Center study.

National Gypsum’s Meg Zehringer is a great example of a young veteran who has recently made the successful transition from military service to manufacturing. The Coast Guard veteran serves on the Women’s Leadership Council for the Coast Guard and in that role works to help women connect with companies that support veterans. Having experience in engineering and logistics with National Gypsum, she is now also playing a role in helping the company recruit and retain military candidates.

Public-sector initiatives are also under way to smooth the way for veterans. In North Carolina, which is home to 670,000 veterans and 100,000 active duty military personnel, proposals have been offered to ease the financial burden on military families transitioning from active duty and provide incentives to employers to hire and train veterans.

These are encouraging developments. We urge employers that are not doing so already to proactively seek out veterans to fill open positions. For those who volunteered to serve and make the ultimate sacrifice for our country if necessary, even one unemployed veteran is one too many.

John Corsi, a U.S. Army veteran and graduate of the U.S. Military Academy at West Point, is vice president of manufacturing, operations and engineering for Charlotte-based National Gypsum, the largest American-owned manufacturer of wallboard and other building products used in residential and commercial construction. John King, a U.S. Navy veteran, is vice president of business development for National Gypsum. 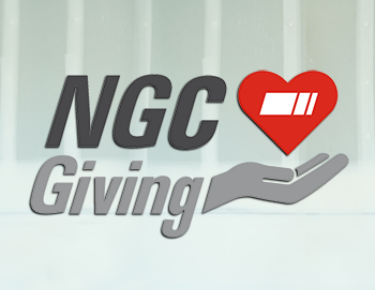 Gifts will support 40 organizations in locations where National G... 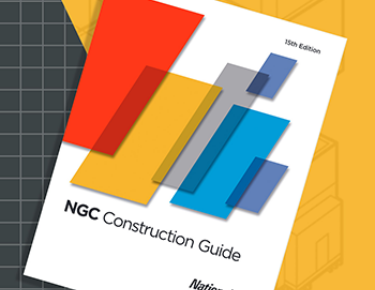 The updated, must-have reference and training tool — available no...

Where to Find Your Next Project Inspiration