Marketing And Sales Partner With Habitat for Humanity Central Arizona

CHARLOTTE, NC (February 7, 2020) - Marketing and Western sales area associates donated their time and talent in late November with Habitat for Humanity Central Arizona and the City of Phoenix during a day-long volunteer event. The occasion was captured in a documentary video showcasing associates working side-by-side with the builder, the future homeowner, and Danny Lipford, construction expert and host of the television show, Today’s Homeowner.

“Thank you for donating the PURPLE drywall and I hope you continue to bless families like mine to have a place they can call home,” said Mosqueda.

Bo Hussey was instrumental in securing the partnership with Habitat for Humanity, the City of Phoenix and television personality Danny Lipford. “I am certainly glad to partner with National Gypsum on this special project,” said Lipford.

When the time finally arrived for associates to participate in the building process, there was much excitement from the National Gypsum team. “We like to get involved in the communities where we work and live,” Watt explained. “We have been partnering with Habitat for Humanity across the country for many years.”

The event marked Sebastian’s first building project with Habitat for Humanity. To Sebastian, the project not only symbolized the Company’s dedication to the community, but also the One Team spirit. “Everyone pitched in,” he noted. “We all enjoyed contributing to the construction of Ms. Mosqueda’s new home.”

After the home had been framed, Hockensmith attended the blessing of the house event. The home was sanctified by the family’s pastor, and attendees were encouraged to write inspirational messages for the family on the wood studs. “It was very moving,” noted Hockensmith.

National Gypsum has been a part of the Phoenix community for nearly 60 years. The PURPLE drywall used on the project was made at our Phoenix plant – just a few blocks from where these Habitat homes are being built. The Company also donated gypsum board products to three other homes in the Matthew Henson development. 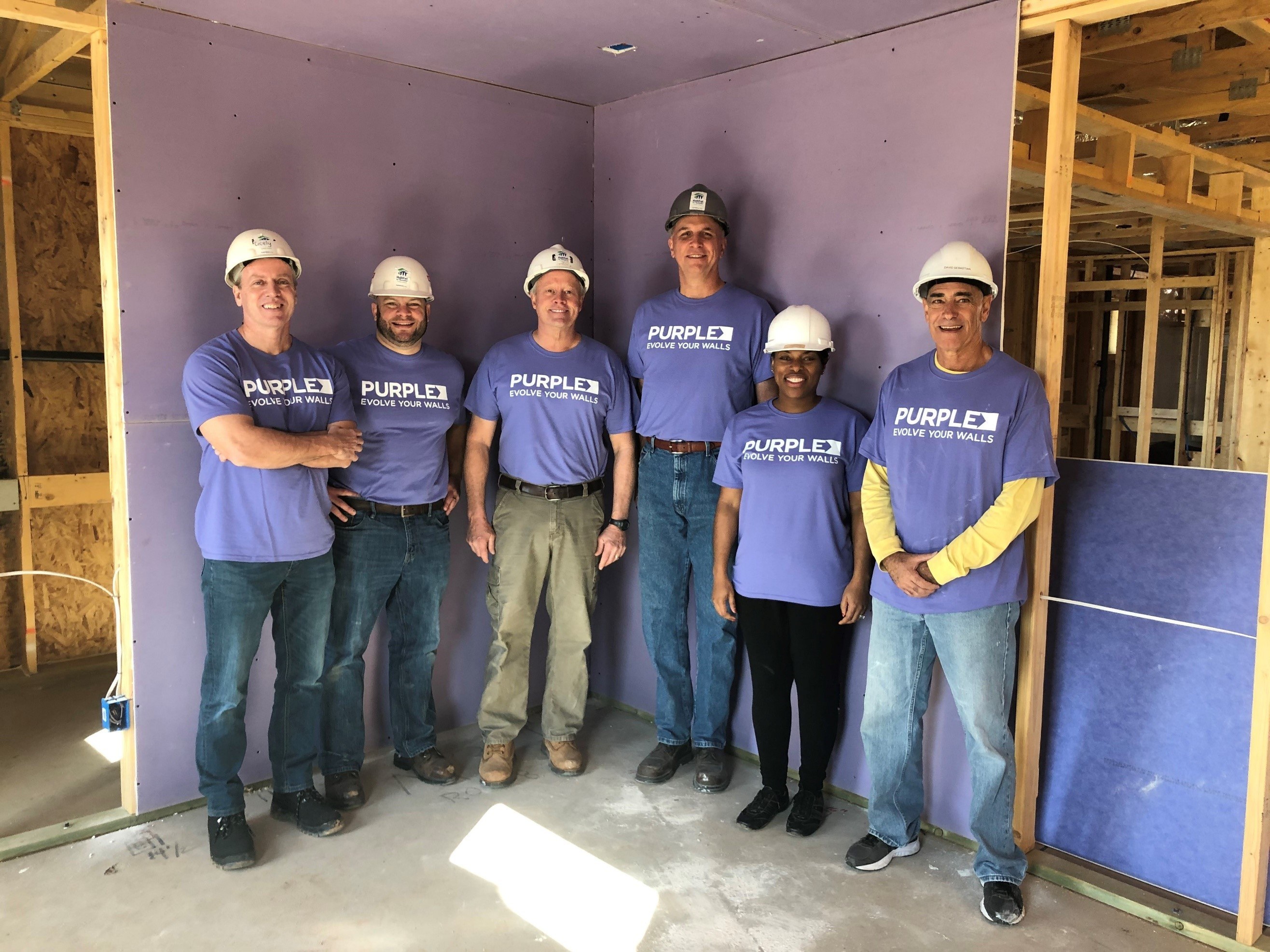 Gifts will support organizations in 35 locations where National G...