Please visit this website on a different browser for optimal experience.

The rock nobody knows

Gypsum is an inert, safe mineral that has been used in a variety of applications for centuries. It was used as plaster in the Egyptian pyramids, and today it is most commonly used in homes and commercial buildings, as gypsum wallboard. Gypsum wallboard is a rigid, light-weight building product, valued for its fire-resistant properties.

Gypsum has many other uses, too. In fact, it is used as a filler ingredient in many foods. The average person eats about 28 pounds of gypsum in a lifetime. When gypsum rock is crushed and the water removed, it can be used to make plaster of paris, commonly used in industry. Ground gypsum is also used as a soil conditioner.

Chemically, gypsum rock is calcium sulfate with two molecules of water. Gypsum rock is found throughout the world and deposits in North America run from Baja, Mexico, through Utah and from southwestern Texas to the Niagara River in New York State. The largest gypsum quarry in the world is located in Nova Scotia and is owned by Gold Bond Canada, Ltd.

Gold Bond Building Products also owns gypsum quarries across the United States. The company uses the quarried rock to manufacture gypsum board. It crushes and grinds the rock and then calcines it to remove chemically bound water.

It adds starch and other additives and water to form a stucco slurry. The stucco is sandwiched between two sheets of paper and hardens, forming wallboard.

Gold Bond Building Products also uses another form of calcium sulfate called byproduct gypsum. Byproduct gypsum is produced when power companies scrub their coal-fired emissions to remove sulfur dioxide. The resulting byproduct is calcium sulfate. The company can use this solid waste, which would otherwise go to a landfill, to produce wallboard.

Many Names and Uses 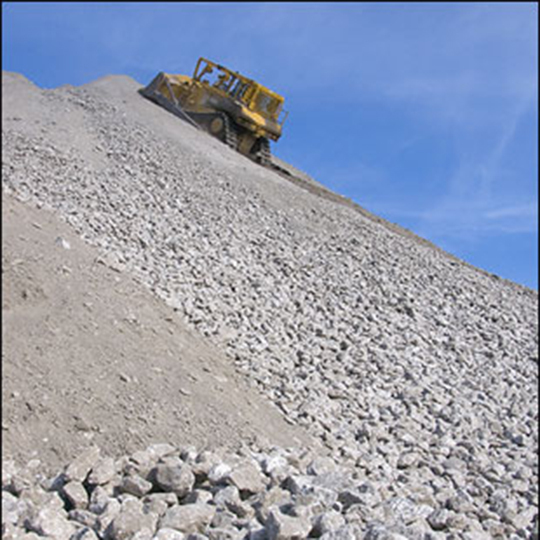